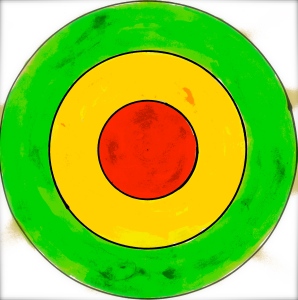 A friend says.
“I have got to prove him wrong”

He goes on to tell me.
“Xyz has got his facts wrong and I am going to put him straight”

Why bother? If someone knows better (or thinks they do) then they are in their right place and that is all that really matters. Why bother to prove the point?

I look at my friend and wonder if he accepts his parents are ‘off centre’ or indeed if I am ‘no where near the mark’ on many occasions, perhaps he is in is own world on many an occasion.

Is the truth that there is no certain truth?

Truth is really a test of integrity.

We will all fail the test in some way or another in someones opinion.

Is the extramarital affair as big an untruth as a romantic lie? We can be certain, all acts of deceit hold some untruth and any one will effect the honesty credit rating, is the divorce the relationship equivalent of bankruptcy?

Why do some feel the need to be honest, truthful, factual or certain about anything and everything, frankly they are boring, personally I really like the dreamer, the romantic, the sentimental, all memories become distorted by time and many of our experiences are all the better for this distortion. I would rather listen to exciting false memories of a romantic than the boring reality of mathematician or the sleep inducing bragging of the pseudo rich.

This world is full of untruths, you may believe the politician’s rhetoric and I will allow you to do so, because its all wisps of fantasy and imagination, the worlds population might well be on a self destructive course, however let it be happy with its illusion and/or delusion of the false promises of peace and future prosperity.

Then there is the false promise of health! Ill health has its benefits, for example, it attempts to keep the total population within reasonable numbers. The reality is that we will not live forever and many think that life is a right not a privilege. The false hope of eternal life and cures for evil disease’s is balanced by the realistic truths of over population, sloth, greed, arrogance and ignorance.

Someone says, “It will be o.k” when they know it will not, is telling an untruth.

There is no such thing as a “white lie” and does any of this matter?

The master said.
“He without sin, cast the first stone”
So my friend before you “put things straight” think about the effect you may have.

Is the loss of a rock solid friend who has supported you when you were in difficulty, worth the pain and argument you will cause through your righteousness?

Many a feud turned into a war with the use of the very same principal.