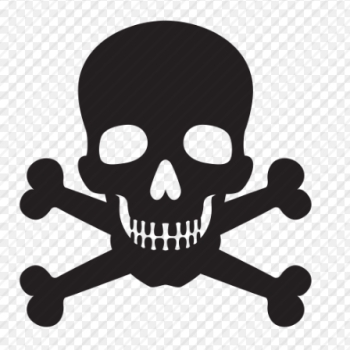 Yesterday we had a few items stolen. They were not too valuable, and there was no damage to our property. I am too old to be angry or lose sleep over a theft. To my mind, theft is the act of a non-human, and I consider the thief has not stolen my property, he has taken my life hours.

What do I mean by life hours? This is a concept I have written about many times over the last decade. The idea is easily explained: those of us who work exchange our life hours for a wage. It matters not if we are traders, labourers or trained professional. Every hour of work has a value. If my hourly value is eight pounds after tax, then everything purchased has a total hour value. My microphone cost 240 pounds, and therefore it represents 240 ÷ 8 = 30 hours of work. When I value my possessions in this way, there is a more significant acknowledgement of its real value relative to my life.

So when a thief steals a possession, the thief steals the hours of your life. Never forget the thief steals life hours not possessions. The thief takes something which never can be replaced. I do not consider the thief as a human its acts are inhumane. For examples: the distress caused to old people and those who have few possessions is beyond measure. The thief is no different to the pervert or rapist who lowers the threshold of trust in millions of people.

The criminal steals life hours from every taxpayer. A percentage of tax is used to build and service the prisons for those who chose to renege on society. The social worker endeavours to help or understand the assassins of integrity. There is nothing to understand: knowing the difference between right and wrong is within the intellectual capability of all humans. And for those of you who disagree with this statement, I’ll remind you the criminal has no difficulty in understanding the implications of a jail sentence. Most commit the crimes and then fight the system through lies and deceptions to avoid punishment. No doubt they fear the incarceration, they are cowards. It’s a pity their emotional platitudes for mercy does not extend to a feeling of guilt for the victims of their crimes.

Enter a decent bookshop or attempt to find a library and look at the shelves full of criminals biographies. It is amazing how many people read these works and find themselves admiring the offenders. Worse than this is the celebrity criminal. I remember watching the notorious Frank Frazer on tv once talking about his exploits. The man was a psychopathic torturer as evil as they come and what happened when he’d finished his interview? You guessed right: he received a wild applause. The morons in the audience were, in fact, condoning the most extreme forms of violence.

We see criminals who become successful writers and painters, skills apparently learned in prison. There is little doubt their notoriety is part of the success. They wallow in their apparent success like swine on a crap heap. I have read the works of a few criminals, and the truth is the books are as sterile as the author’s conscience. This writer has no ‘respect’ for their stories or exploits. Would you have preferred me to list the books? No, not in this essay. If you desire a synopsis of the majority of the books I’ll provide an insight into the stories all follow a similar pattern: 1) neglected or abused during childhood. 2) poor education and bullied by peers and teachers. 3) the police and institutional injustice have combined to become the excuse for their move into crime. I do not believe their justification; we return to the understanding of the difference between right and wrong. This is the crux of the criminals pleas for compassion and forgiveness. They knew the crimes committed breached social protocols. The damage was done to their victim’s confidence, and the victims heightened perception of fear, daily concern for personal safety can be irreversible. A book written from the perspective of the criminal is irrelevant, they deserve no compassion or understanding. The writing of their books is a testament to the ignorance and contempt for the victims of their activities.

The drug dealer and the broken addicts are instigators of theft and deception. The addict does anything for the fix, and the dealer has no respect for the lives of the addict. In fact, the dealer is certain to be responsible for the deaths of many people. These people deal with death and degradation. There is nothing good in their acts of aggression and murder. Few people will accept the salient fact that many people die as a result of drug addiction. The suppliers of the drugs are the cause of the addiction and therefore directly responsible for the death of the addict. The dealer is without doubt murderer.

This essay will anger many readers. There is no feeling of guilt for the sentiments you have read. The thief who stole our property is in my mind a non-human. The act of theft demonstrates an inability to take responsibility for the passage of life. They are parasites of the same ilk as tapeworms and flukes, they live off and destroy the healthy host. Forgive them if you choose this is your choice. It is my choice to write from my perspective of the social parasite named thief in this way. My compassion is for the victims of these non-humans. There is no excuse for their actions and crimes, forgiveness or an attempt to understand their acts is not within my intellectual capacity.